Popularity of the model 57:

We spent several hours reading reviews from experts and tire owners. In summary, this is what people think about Michelin Alpin 6. You can agree with these conclusions by voting for any item:

0
– The tire offered a comfortable and quiet ride, according to the reviewers.
6
0
– The happy drivers said that these tires performed very well in a variety of conditions, including snow/slush, wet and dry conditions.
6
0
– Most owners agreed that the tires were good value for money.
3
0
– The users appreciated the excellent braking performance of this tire.
3
0
– According to some user reviews, the tire is durable.
0

0
– The tire is quite expensive, according to the reviewers.
3
0
– Some users were disgruntled by the noise that was produced by the tire.
4

Safe when new, safe when worn, in severe winter conditions.

Michelin Alpin 6 (A6 for short) is an European-type studless winter tire, presented in March 2018, designed to be used in mild weather conditions. It is characterized by dependable grip and efficient snow braking, stable and crisp steering response on wet pavement, smooth and noiseless ride, and an ability to optimize fuel consumption by the vehicle.

The Michelin Alpin 6 came to replace the 2014 model Alpin 5. Four years’ work on creating the sixth generation of this popular winter tire line resulted in a number of innovations aimed at offsetting the achievements of such direct rivals as Goodyear, Dunlop, Continental, Bridgestone, and Pirelli. 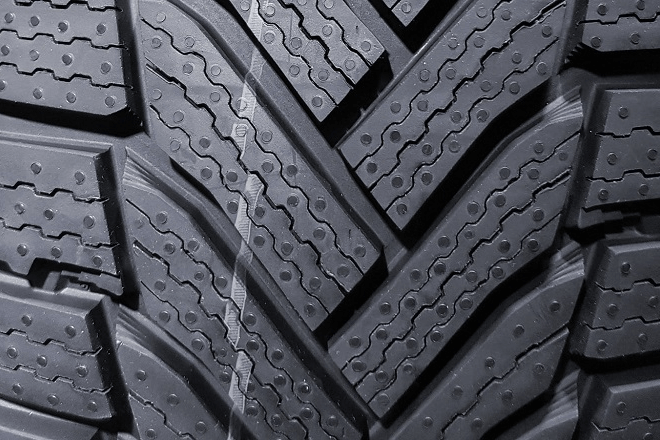 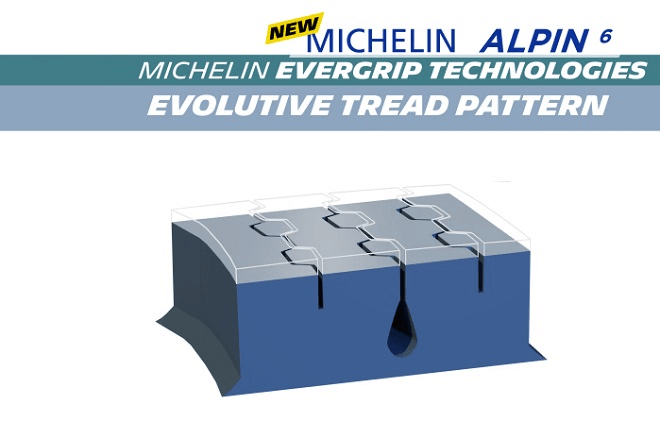 Do you remember the EverGrip technology, which is already successfully used in such models as Michelin Premier A/S, Michelin Premier LTX, and Michelin CrossClimate Plus? It is this technology that is the cornerstone of the dependable grip ensured by the Michelin A6 on winter roads. The revolutionary EverGrip technology is about expanding rain grooves positioned around the circumference of the tire with a special geometric shape that gets wider as the tread wears. This helps maintain the amount of water that the tire can channel away even as these rain grooves lose depth. 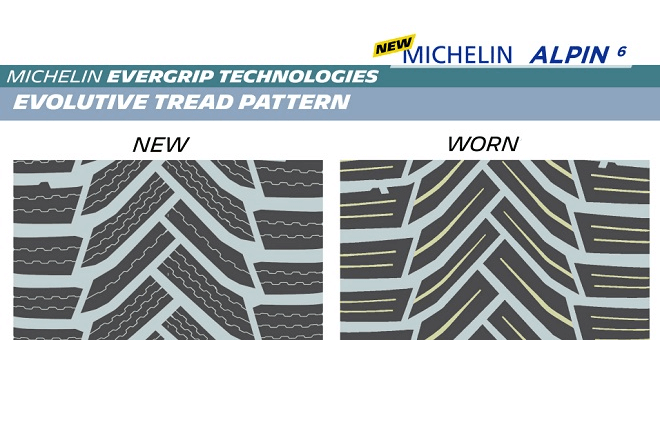 One must note that the developers got so much into optimizing the tread pattern of the tire that at first sight it does not even look like it belongs to the Alpin line. What is more prominent is similarity with another new model 2018, Michelin Agilis CrossClimate, with which the Michelin Alpin 6 is tied not only by visual likeness, but also by technological solutions. Specifically, both models feature identical tread wear indicators. 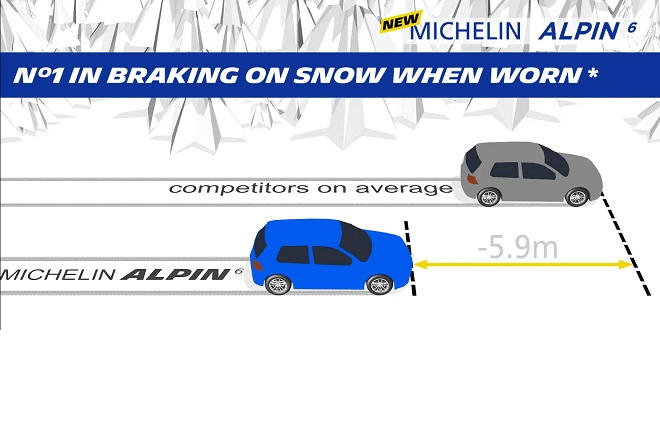 The numerous sipes in the central section of the tread optimize the longitudinal and traversal traction, while the large blocks on the shoulder areas facilitate high-speed maneuvering.

The rubber compound of the friction tire Michelin Alpin A6, which, besides silica, includes special softeners and functional polymers, improves not only the snow traction and the tire’s grip on wet and dry pavements, but also fuel efficiency and resistance to wear. 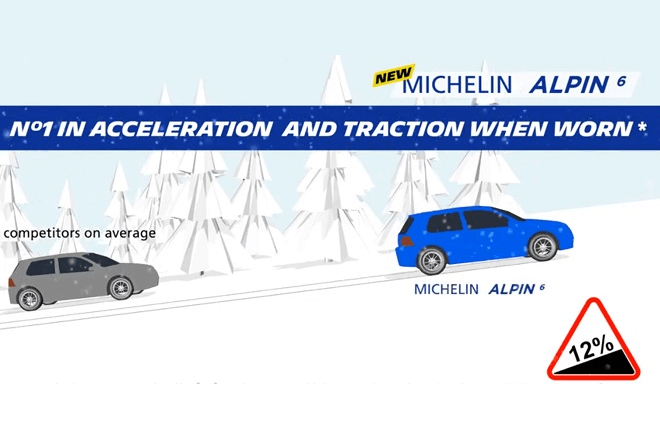 The frost-resistant rubber compound makes a lot of positive difference to the tire’s performance under low temperatures.

In addition, the acceleration dynamics and traction demonstrated by the worn sixth-generation Alpin tires is higher than that of its competitors when driving up a snow-covered hill with a 12 percent incline. And the longevity tests, conducted in laboratory conditions, promise a longer tread life for the Michelin Alpin 6.

Tests. In the year the model was released, the tire maker opted out of providing samples of the tires for independent tests before these tires were launched retail, and the first tests of the Michelin Alpin 6 only occurred in the winter season 2019/2020.

Note! Have you driven on the Michelin / Alpin 6 tire?


Please help thousands of other drivers make an informed tire choice and pick the correct tires for their car by submitting your review of the Michelin / Alpin 6.