Popularity of the model 61:

We spent several hours reading reviews from experts and tire owners. In summary, this is what people think about Pirelli Cinturato P7 (P7C2). You can agree with these conclusions by voting for any item:

0
– Most drivers appreciated the tire’s performance in both dry and wet conditions.
3
0
– The tire offered a comfortable and quiet ride, according to the reviewers.
1
0
– Most users agreed that the tires were good value for money.
3

The CINTURATO P7 (P7C2) is the latest Pirelli Summer high performance tire for premium cars and crossovers designed with a strong focus on control in wet conditions, mileage, and rolling resistance. The innovative compound materials, new tread pattern design and profile are engineered to provide extreme levels of CONTROL, GRIP and PERFORMANCE.

Pirelli Cinturato P7 (P7C2) is a high-performance summer eco-tire with, which, according to the manufacturer, raises the bar in terms of rolling resistance, environmental performance, and wet braking. A new summer model 2020.

The Pirelli Cinturato P7C2 model is a new version of the “green” model Cinturato P7, which was put on the market back in 2009. What makes the new “improved” version of the Cinturato tire different from the basic model is its enhanced braking performance, improved handling capabilities in the wet, longer treadlife, as well as reduced rolling resistance, which to a large extent was achieved by a new tread design. 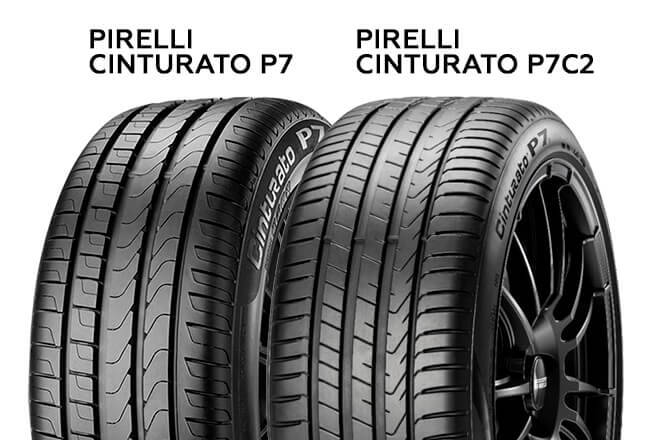 The optimized asymmetric tread pattern of the second-generation Pirelli Cinturato P7, thanks to a certain sequence of tread blocks, ensures relaxed and comfortable driving. The wide circumferential grooves provide a high level of safety on wet pavement thanks to the tire’s increased hydroplaning resistance.

The compact central tread blocks of Pirelli Cinturato P7C2 and its sturdy outside shoulder areas increase the crispness of the steering response and enhance the vehicle’s maneuverability. The modern tread compound of this tire model increases its resistance to wear and improves its grip on all types of surfaces. 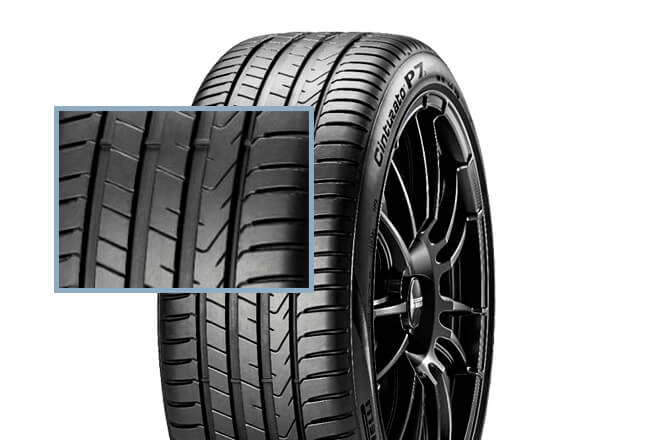 One can tell the upgraded 2020 version of Pirelli Cinturato P7 from the 2009 model not only by the tread pattern but also by the P7C2 sign on the tire’s sidewall.

Note! Have you driven on the Pirelli / Cinturato P7 (P7C2) tire?


Please help thousands of other drivers make an informed tire choice and pick the correct tires for their car by submitting your review of the Pirelli / Cinturato P7 (P7C2).