Popularity of the model 39:

We spent several hours reading reviews from experts and tire owners. In summary, this is what people think about Uniroyal RainSport 5. You can agree with these conclusions by voting for any item:

0
– Some drivers agreed that these tires ensured good traction in the rain or in the dry.
6
0
– Numerous buyers were happy with the price and quality of the tire.
6
0
– A satisfied motorist mentioned that with this set of tires handling was good and his car was quiet.
5

0
– Many users mentioned that although the tire handled well, the rubber compound was on the soft side.
28

Master the wet. The new RainSport 5.

The RainSport 5 made for exceptional wet performance, enhanced mileage and superior steering control – it’s the sporty solution for compact-, middle- and upper-class vehicles including SUVs.

Uniroyal RainSport 5, presented in 2019, is an asymmetric Ultra High Performance summer tire, which its manufacturer calls a “rain tire” thanks to its dependable grip on wet pavement. This tire is marketed as a dependable sporty solution for passenger cars and SUVs of various classes.

The Uniroyal RainSport 5 came to replace the 2013 model Uniroyal RainSport 3, which, to a certain extent, has served as a technological donor. The extra new features implemented by the manufacturer helped to increase the rolling resistance of this new-generation tire, as well as enhance the crispness of its steering response and extend its treadlife. 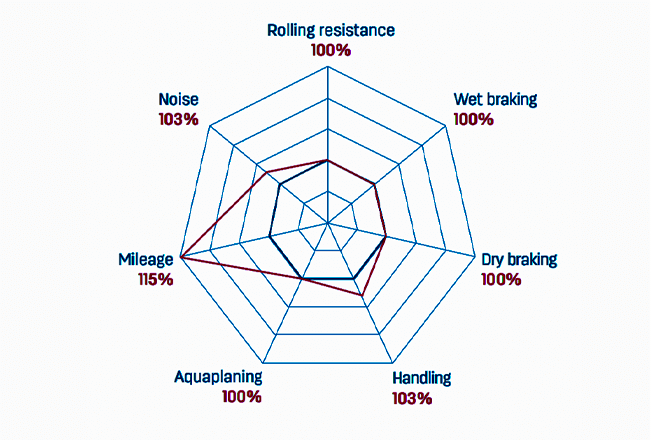 The Rain Sport 3 passed on to the Rain Sport 5 its trademark Shark Skin technology. When viewed from a distance, a shark looks perfectly smooth, yet coming closer come will see that its skin is essentially an interweaving of small miniature jagged scales, which not only perform a protective function, but also push water down the body more efficiently and with less resistance. This is why sharks catch their prey quicker and quieter. 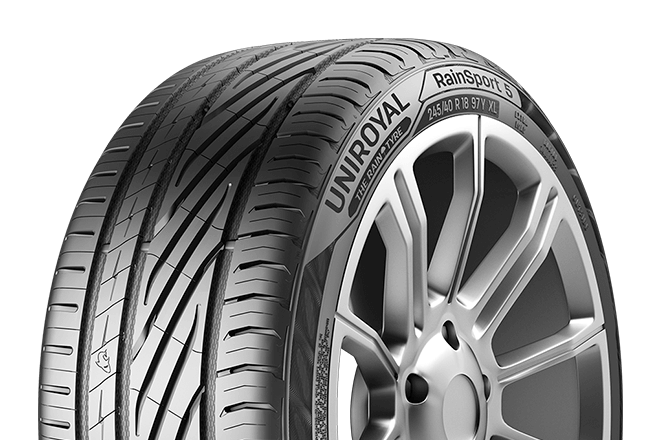 The sharkskin scales became the source of inspiration for the Uniroyal designers. Using the bionics method, they were able to create the “sharkskin” effect in the tread pattern (at the bottom of the drainage grooves) in the new RainSport 5 model as well.

Its tread design with an optimized pattern of the main drainage grooves minimizes the turbulence of water and speeds up the evacuation of water from the contact area, which increases the Uniroyal Rain Sport 5’s hydroplaning resistance and its stability on wet pavement. 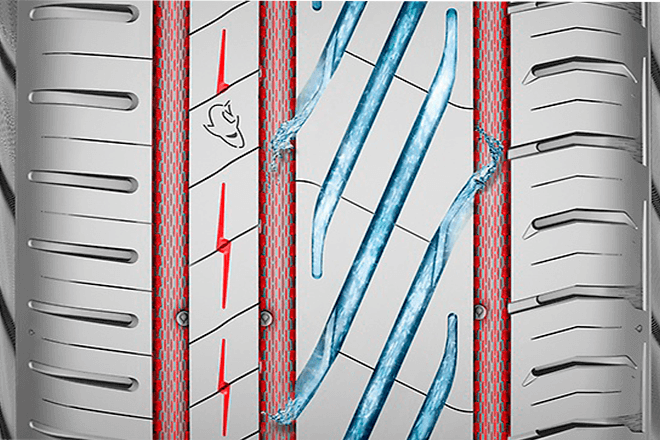 The wide diagonal grooves in the central section of the tread, together with the innovative Aqua-Twist lamellas speed up the evacuation of water from the contact area, thus increasing traction on wet and slippery surfaces. 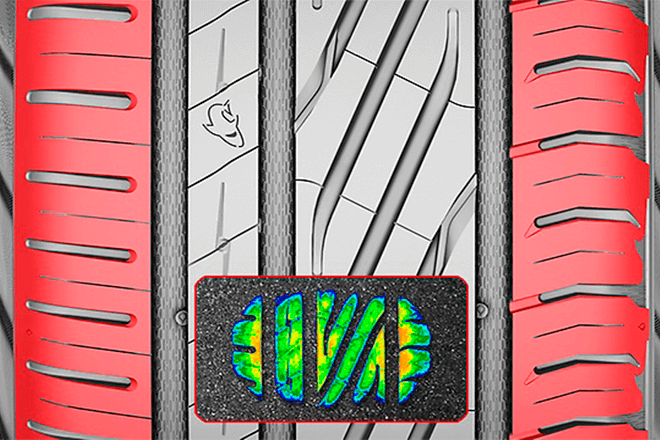 The sporty handling response of this tire model on dry pavement is ensured by a sturdier base, wide central ribs, and a reinforced outside shoulder. Thanks to these features, the RainSport 5 tire is characterized by excellent stability while cornering and crisp steering response. 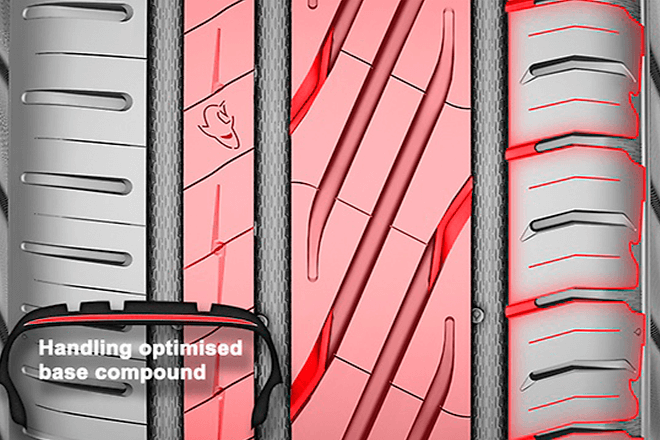 The optimized tire profile with rigid shoulder blocks, together with the upgraded tread compound of the Uniroyal RainSport 5, are designed to ensure even treadwear, which ultimately leads to a longer mileage.

Note! Have you driven on the Uniroyal / RainSport 5 tire?


Please help thousands of other drivers make an informed tire choice and pick the correct tires for their car by submitting your review of the Uniroyal / RainSport 5.